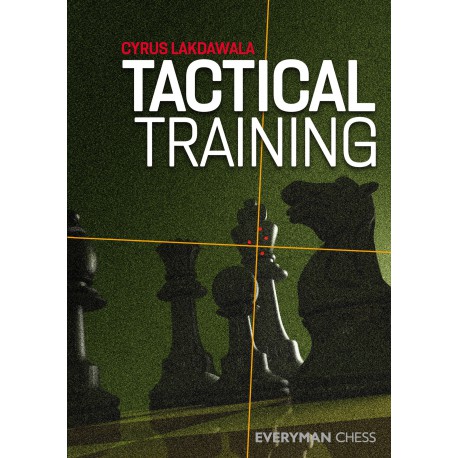 It is hard to understate the importance of tactic ability to overall chess proficiency. Of course other elements such as a knowledge of opening play and an understanding of strategy are also important. However, it is undoubtedly the case that 99% of games are won or lost because one player either spots or overlooks a tactic. Consider your own games and just imagine how much stronger you would be if you never overlooked a tactical idea.

The good news is that your tactical ability is not some genetically-acquired unalterable trait. Tactical ability can always be improved through the application of diligent practice. Tactical themes are repetitive. The same arrangements of pieces occur again and again and a continual study of the subtle interactions between the forces will inevitably lead to a greater sharpness in actual play.

• Numerous positions ranked in terms of level of difficulty.

The final chapter focuses on a 2020 online match between Magnus Carlsen and Hikaru Nakamura, currently the top two ranked players in blitz, the form of chess where tactics predominate.