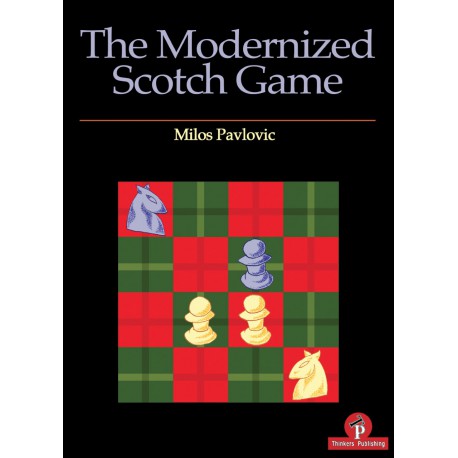 Milos Pavlovic – The Modernized Scotch Game – A Complete Repertoire for White and Black. Livre en anglais sur l'ouverture écossaise au jeu d'échecs.
“Credit can mostly be given to Kasparov for reviving this old opening, but there are many others who have contributed to exploring new ideas and forging new paths. A lot of discoveries have been made by some young grandmasters who don’t shy away from analysing deep tactical solutions with the aid of the silicon beast.” ~ Milos Pavlovic.